We have a last minute reminder for all UK consumers now, who are eager to find what what time is the Champions League and Europe Semi Final draws on Friday April 15.

As far as we’re aware, BT Sport is the only official place where you can watch both live in the UK. That means the BT Sport app once again becomes crucial if you are subscriber and now here is when you can tune into both events. 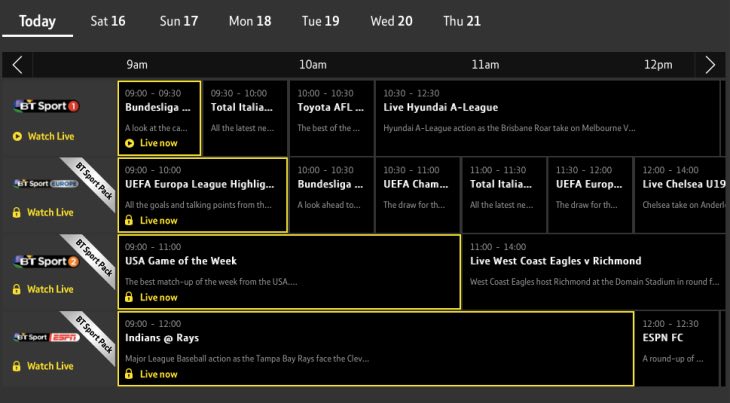 For Liverpool FC fans tuning in after the LFC Vs Dortmund result, the Europa semi final draw is at 11.30am UK time on the same channel.

Many UK consumers agree that the BT Sport app is one of the best aspects of the new subscription service after European football coverage shifted over from free terrestrial TV programming on ITV1.

Will you be tuning in to the Champions League and Europa semi final draw live streams through BT Sport? Let us know your thoughts on the general service that BT has offered to paying subscribers.