With the Consumer Electronics Show just around the corner, tech geeks of all varieties are keeping their eye out for the best products they can expect to be making their debut there. In the build-up to an event like this manufacturers often take the chance to hype up their debutant products and Sony Ericsson are doing exactly that by teasing images of the device they are set do showcase for the first time next week.

The product in question is rumored to be the Xperia Arc HD, an Android powered smartphone equipped with a camera capable of high-definition functionality. Whether the device is in fact the Xperia Arc HD remains to be confirmed. The images were posted on the company’s Facebook page; each is a close-up of the device’s camera features; the video/photo switch button, the micro USB port, the camera lens with HD written below and the camera button.

According to BGR there are a number of other possibilities which the device in the images could be; these include the Nozomi, the Xperia Ion and the LT28at. All of which have been rumored to be making an appearance at the CES this year. The Xperia Ion is a newly registered trademark by the company and the LT28at is the code-name for a smartphone which the company will be launching with AT&T soon.

As the images are all of the devices camera it is safe to assume that it will be packing a fairly impressive one. This also suggests that it is likely to be a 12 megapixel snapper. Other than that the specs of the device are unknown although rumors have pointed to the device featuring a 4.3” display, 1GB RAM and a 1.5GHz dual-core processor. As it is also likely to be an Android device we are hoping that whatever it may end up being that it carries the latest version of Google’s OS, Ice Cream Sandwich. All will be revealed at CES next week.

What do you think the device in the images could be? 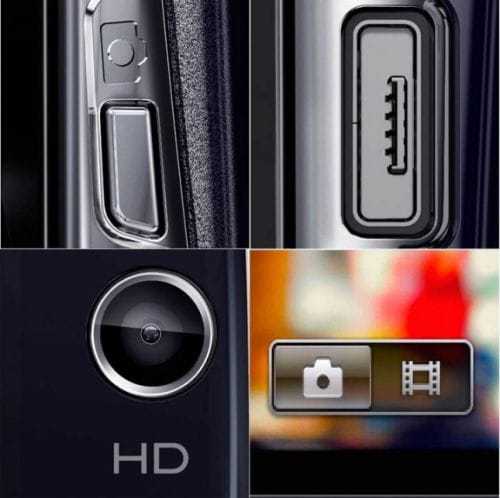