The desire for an iOS game controller on iPad has been around since the first generation released and using a gamepad is more suited to Apple’s tablet rather than iPhone, which is obvious thanks to the ideal 7.9-inch to 9.9-inch tablet display size.

Both iOS 7 devices could support the same game controller through Bluetooth, but it would be a game changer for the bigger iPad Air that has some amazing graphics rivaling PS3 and Xbox 360 games.

We mentioned how an iOS game controller would be a game changer almost 2 years ago, and today that device is a reality within the SteelSeries Stratus Wireless Gaming Controller. This iOS 7 game controller is ideal for iPad and can be seen in the photos on this page along with a video demo below this article. 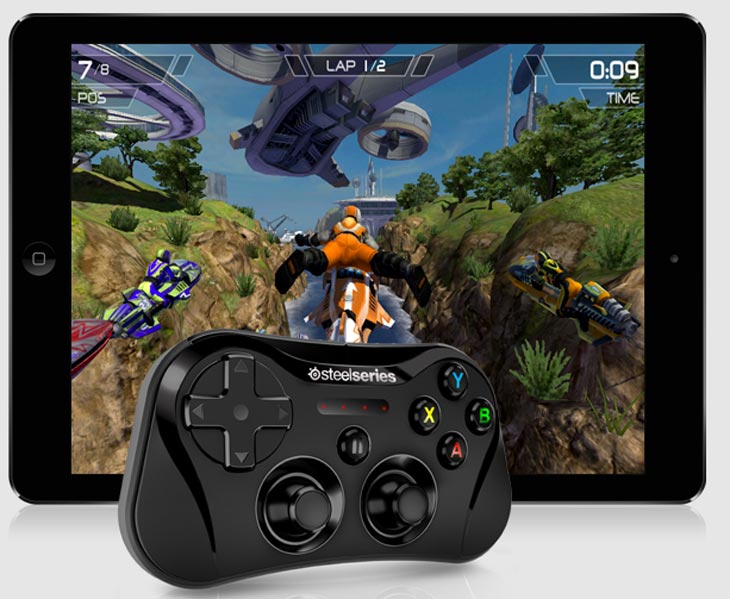 You might have already seen the quality of SteelSeries products after we published a video review of the Apex gaming keyboard.

The SteelSeries Stratus iOS 7 iPad game controller features a protective cover that delivers an extended grip as well, more than 10 hours of battery life, a dedicated pairing button, pressure sensitive buttons, dual analog sticks, and can support up to 4 controller multiplayer on iPad, iPhone, iPod touch or on your big screen HDTV by streaming to Apple TV with AirPlay. 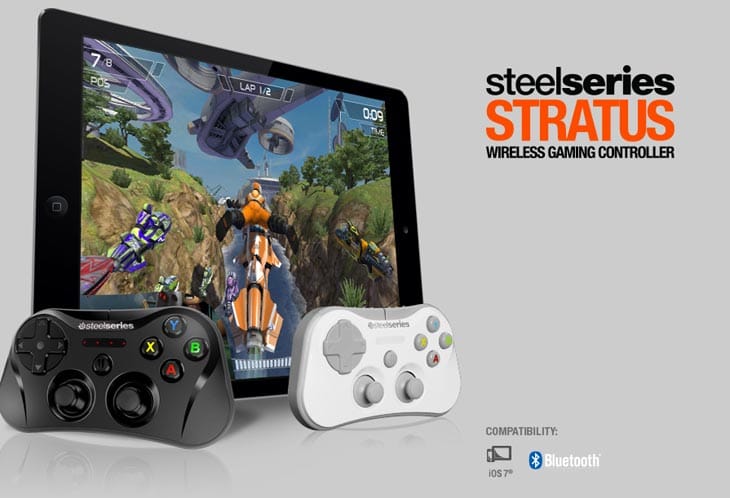 SteelSeries state this gamepad will “forever” change gaming in iOS 7 on iPad and we believe their statement carries some weight, especially considering the improvements made with iPad Air specs along with the SteelSeries Stratus game controller creates true mobile gaming. 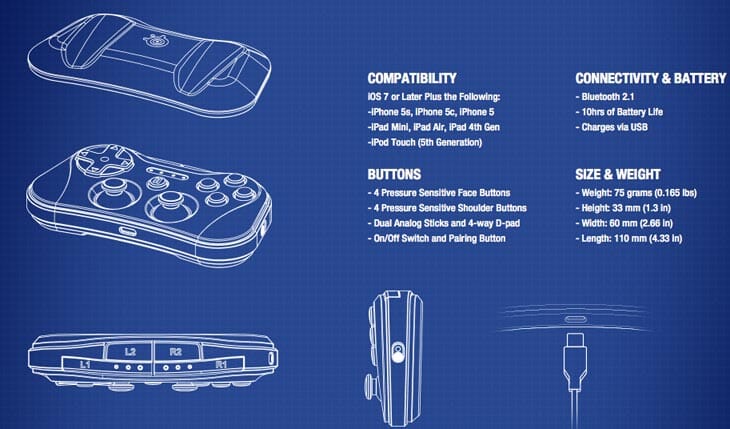 You will also see some red LED indicator lights on the controller that reveal how many people are connected playing multiplayer, and this again takes mobile gaming to another level with up to 4 players connecting via Bluetooth to one mobile device like the Apple iPad. You can expect the list of iOS 7 apps supporting these features to grow in the coming weeks.

The Stratus iOS 7 game controller has a price of £89.99 in the UK and can be purchased on the official SteelSeries website or via Apple’s Online Store. The new gamepad is being featured during CES 2014.