It looks like Sharp want to take CES 2014 by storm this year, they are almost ready to unveil a very special TV. The Japanese firm has announced that they are going to showcase their 85 inch 8K model, which also features glasses free 3D.

Sharp claimed that last year’s launch was the world’s first 8K LCD model, this year they are stepping their efforts up a gear. We are particularly interested to see how the autostereoscopic 3D feature plays out on a large screen. The 3D concept has been largely hit and miss so far and consumers are still not convinced, perhaps the glasses free element will prove an extra attraction.

The new TV will reportedly feature a 7680 x 4320 display, although we do not have many details on the specs at the moment. The full reveal will give us a much better look at the internal features and should show off some of the other capabilities that the TV possesses. 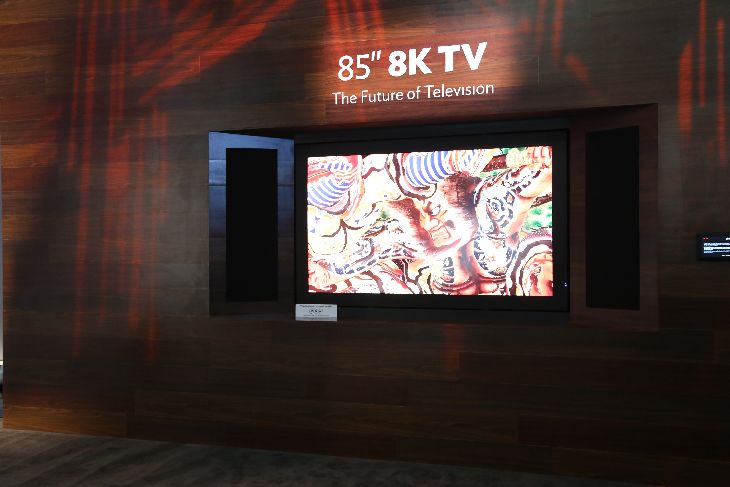 Sharp has teamed up with Dolby and Phillips to create this latest model. Ultra high definition is becoming more widespread with 4K seemingly being superseded before it has even taken off. Samsung and LG are both set to unveil 105 inch curved models, it looks like we will be spoiled for choice in 2014 for big expensive high end TVs.

Are you looking forward to the unveiling of Sharp’s TV and is it something you would consider buying if you had the funds?