We finally have the official specs and price of the Asus VivoTab Note 8 after it was unveiled for hands on demonstrations at CES 2014. The device was leaked a little while back but Asus confirmed the Windows tablet by releasing a user manual last week.

As the name of the VivoTab Note suggests, we have an 8 inch device with a 1280 x 800 pixel IPS display. Internally the tablet packs an Intel Atom Bay Trail processor, comes with either 32GB or 64GB of storage and has 2GB of RAM. A 5 megapixel rear camera and 2 megapixel front camera are featured, as is a microSD card slot and micro USB port.

The tablet promotes the use of a stylus which has officially been labelled as a Wacom digital pen, supporting over 1000 levels of pressure sensitivity. As you would expect the operating system of choice is Windows 8.1. Whilst we do not have a confirmed launch date, a release after CES is thought to be imminent. 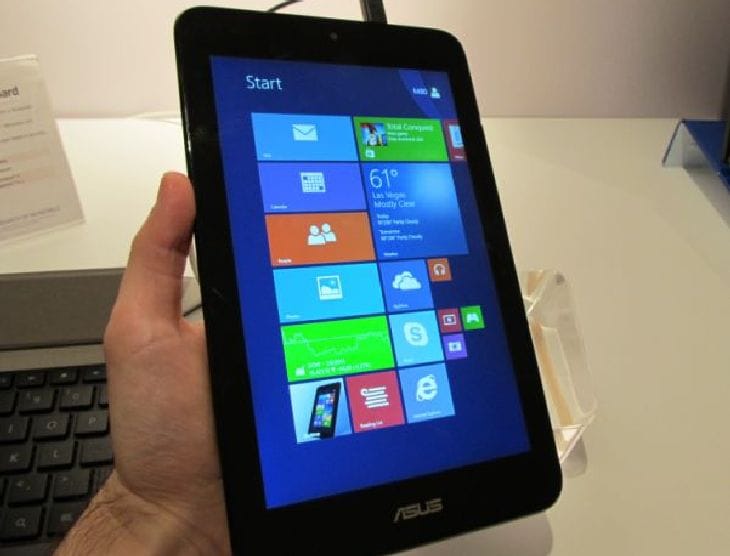 The price of the VivoTab Note 8 has been revealed as $299 for the 32 GB model and $349 for the 64 GB version as as widely expected. The leaked information seems to have been pretty nailed on in most regards, it has also been confirmed that a Home and Student version of Microsoft Office 2013 would be included as rumored.

If you would like to see the VivoTab in action then we have included a hands on video for you below, courtesy of Liliputing. Let us know your thoughts on the Asus VivoTab Note 8, is the tablet’s price good value for money when measured up to its specs?