There’s likely an army of kids with Apple iPad mini’s in hand right now, especially after Christmas and the fact that Apple introduced a cheaper option than their previous 10-inch model, which some parents might have found easier to afford if they really wanted an iPad for their child. This possibility hasn’t stopped other brands from wanting to show another option, and this includes the Polaroid tablet for kids that will be showcased at CES 2013.

You can see a close-up of the Polaroid tablet above that focuses on the front screen, and as you can see it is clearly built for children. The 7-inch tablet had been revealed yesterday in a press release, which Polaroid used to promote interest before CES 2013. The event kicks off in a few days time and runs between Jan 8 — 11.

The Polaroid tablet for kids features a 7-inch display and will run on Android 4.0. Children will find a lot of entertainment and fun geared towards their age, but the tablet also focuses on security and education that would be expected from a product focused on kids.

There will be a customized collection of apps pre-installed on the Polaroid tablet, and these include Kids Vids, Draw, Music Studio, Kids Cam, and Free Play. These apps have been filtered, so the likes of the video application is filtered to include videos safe for children to watch.

Reading is also a focus of the Polaroid tablet for kids and this is supported by NOOK for Android from Barnes and Noble. Children will find some books preinstalled, which includes Dr. Seuss interactive books for a number of ways to read and listen. 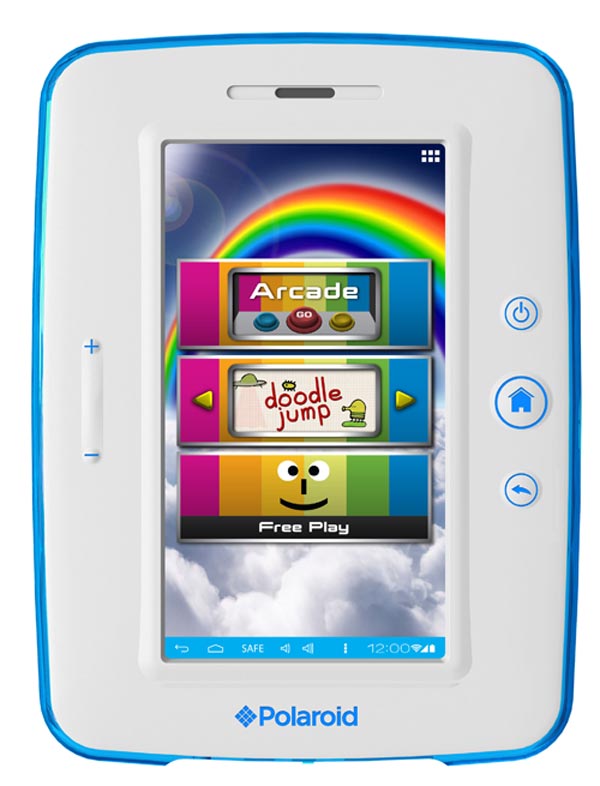 The kids Polaroid tablet will have a price of just under $150. We will update our readers with a hands-on video after CES in Las Vegas.