We’ve heard quite a bit of news about the 2011 International Consumer Electronics Show — which is scheduled to take place in Las Vegas next month — over the past month or so, and now have a bit of an idea of what we can expect including the announcement of a new tablet PC from Samsung.

However, it now looks like a new tablet PC isn’t the only device that Samsung will be showing off at the event. According to Adam Hartley over at techradar.com, recent reports have suggested that the electronics company will also be unveiling a new 4-inch, Android-based Galaxy Player. 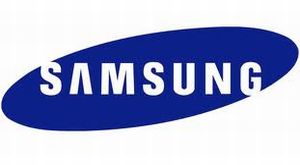 Reports suggest that the device will feature a 4-inch LCD display with a resolution of 800 x 480, a 1GHz CPU and will be running Android 2.2. The Samsung Galaxy Player will also feature a 3.2-megapixel camera on the rear as well as a front-facing camera, making it ideal for video calling.

A recent article over at Samsunghub.com provides a little more information about the upcoming music player, including the fact that consumers will have a choice of 8 GB, 16GB or 32GB storage capacities. Other features are said to include Wi-Fi, Bluetooth 3.0, HD video playback and a MicroSD card slot.