CES 2011 is just around the corner and the rumor mill is starting already. We know that Samsung will be showing off their latest Tablet PC creation and although we don’t know the full specs of the device we can tell you that it is a little different to other Tablets that we have seen, including their very successful Samsung Galaxy Tab.

The new tablet will feature an innovative new feature which is a slide out keyboard, this is a pretty cool addition as a lot of people don’t like to type on a screen. I know I find it a little difficult so for me it is definitely worth while having.

According to PCMag.com the device is being aimed at business users and in some cases I can see why, it’s completely mobile and will allow their users to carry around a lightweight device. The problems that I foresee from my experience working in a large business are that the tablet may not be powerful enough to run all of the programs that say a field representative requires to fulfill their role.

The way that big businesses are moving towards technology to aid their coverage is nothing short of amazing and they require high powered tools to perform their needs. This means that unless the tablet has good specs I can see businesses turn away from the device unless the cost of the tablet is considerably cheaper to make it a worthwhile addition to a main computer.

The rumor that we are all wondering about is there’s talk of Microsoft showing a tablet running Windows 8, I see this as unlikely as does Peter Pachal who has written an article over at PCMag. He also says that PCMag contacted Microsoft who had “No Comment” on the rumor. If you want to keep up with the announcements for CES 2011 then you can in 2 ways, you can keep an eye on their official website by clicking here or you can download the app onto your Apple device from iTunes where you will receive regular updates here. We have added a video at the bottom of the article so you know what to expect from the CES event. 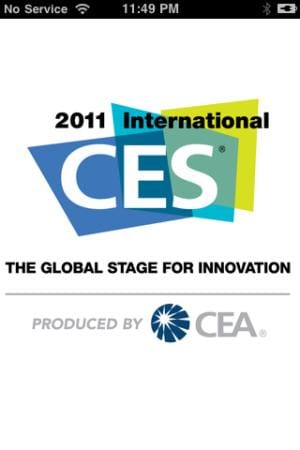 Bearing in mind other things that have been shown for the first time at previous CES events such as a range of Tablets, Android devices and Netbooks at the 2010 event and prior to that in 2009 the 3D HDTV it is possible that we could see Windows 8. We remain sceptical but we want to know what you think.