There is a new service on its way; we are hearing reports that the Cricket Muve Music will be officially announced at CES 2011. The price of the plan is $55 per month; it will allow unlimited music downloads as well as the normal services of data, calls and messaging but without limitations.

The music content will be provided by Sony, EMI, Universal and Warner. Of course you will need to keep on paying your bill otherwise the Muve Music service will not be accessible, it will be completely locked down. We are also hearing that the service will be launched on a new phone from Samsung. 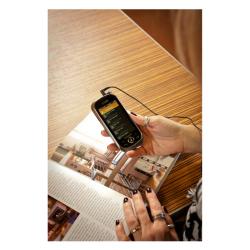 It’s called the Samsung Suede SCH-r710, the device will be $199, the Suede will have a 3” touch screen, 3G capabilities and the only other detail we have, is it will feature a dedicated music button. If you were thinking about downloading the music and then passing it on, I’m afraid that won’t be happening. The storage featured on the phone is a 4GB DRM-encrypted SanDisk memory card. 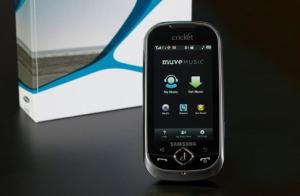 We are all looking forward to the CES 2011 event and as soon as we have more details of the phone, we will let you know. If you want to read the press release for the device then head over to Slashgear.com where it is featured.

What do you think of the prospect of having a phone that can constantly download music with no additional price? Let us know in the comments below.