Celkon has not made a huge deal out of its latest smartphone announcement, as they have silently announced the launch of another Campus-series handset, the Campus A355. You can now see this new phone on their website, although you might be left feeling a little disappointed with a few things such as no release date, price and a very poor camera.

Inadequate Celkon Campus A355 specs in India — even though we do not expect a great deal in terms of its specifications, to see that it comes with such an inadequate camera does make you laugh in this day and age. 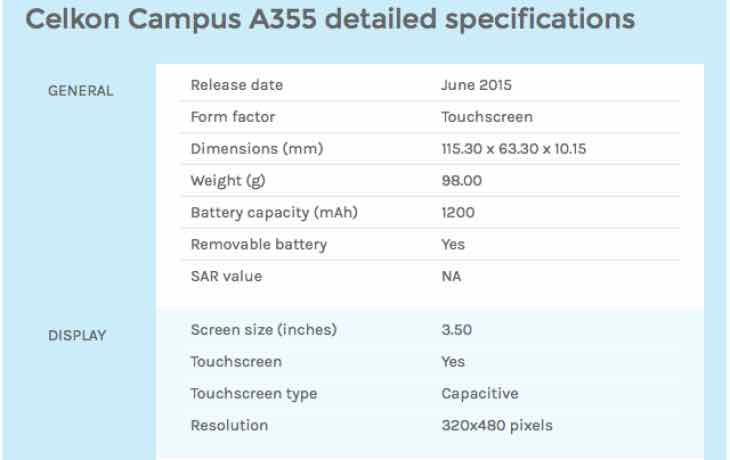 Let’s get the elephant in the room out of the way first shall we, and that is its 2-megapixel rear-facing camera, and 0.3-megapixel front-facing shooter. However, its 3.5-inch HVGA display with a 320 x 480 would not be able to show off great images anyway.

Some of the other main features are just 256MB of RAM, Android 4.4.2 KitKat, and just half a gig of storage, although this can be increased to 32GB of external storage. Because these specs are so poor its 1200mAh battery is sure to last a long time.

This new phone is to come in four color options, and these are blue, red, white and yellow. For a full list of specs and details head to the Celkon website.