Back in October we brought you news about a PS3 patch for MercurySteam’s Castlevania: Lords of Shadow game, which was due to fix “game save” issues. We now have good news for PlayStation 3 owners, as it appears that the patch update has now gone live on PSN.

According to a recent article over at exophase.com written by Mike Bendel, the patch addresses the “save game” issues that PS3 owners have been reporting since its release, as well as added a bit of polish to the popular, platinum-selling game. 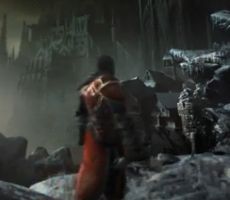 The conditioned save issues are said to be related to user interaction with the PS and select buttons on the PlayStation 3 controller, and controller disconnection when the auto-save icon is displayed on the screen. Loading text now scrolls as well, which has improved readability.

Now that the patch update has gone live on the PlayStation Network, Konami has stated that an Xbox 360 patch will be arriving soon. Have you been experiencing any issues with the Castlevania: Lords of Shadow game? If you have, are they the issues mentioned above?