Back in December we brought you details on the upcoming Castlevania: Lords of Shadow DLC packs, which included “Reverie” and “Resurrection.” At the time, we informed our readers that they could expect the “Reverie” pack to arrive sometime in February.

However, according to a recent article by Ben Lee over at digitalspy.co.uk, Konami has just announced on the game’s official Facebook page that the “Reverie” DLC’s release date has unfortunately been delayed. Gamers can now expect it to arrive sometime in March.

Although the publisher didn’t give a reason as to why the launch date had been pushed back, they did apologize for the unfortunate delay. Judging by the comment they posted on the Castlevania Facebook page, it looks like the update will be worth the wait. 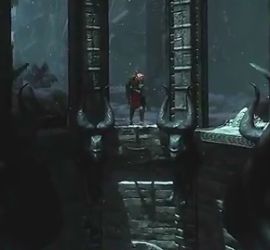 As noted by Mike Thompson over on the escapistmagazine.com website, it is uncertain at this stage whether or not the “Reverie” release date delay will affect the launch of the “Resurrection” DLC pack, which is scheduled to be released sometime this April.

Were you looking forward to receiving the Castlevania: Lords of Shadow “Reverie” DLC pack this month?