We’ve got great news now for all you Xbox 360 owners who have been waiting to hear news about the arrival of the latest DLC for the 2D action-adventure title Castlevania: Harmony of Despair. The developer Konami has just announced that the Legion Stage Pack is now available to download.

The new Koji Igarashi-created stage pack DLC, which according to Stephany Nunneley over at vg247.com is actually called “Extra Stage: The One Who is Many,” will cost you 320 Microsoft Points. Players will be faced with brand new enemies, as they attempt to overcome the level. 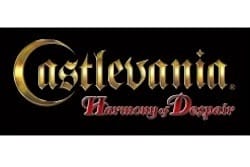 Gamers can choose to play the level on their own, or complete it with friends using online co-operative play. As Fred Dutton from eurogamer.net recently reported, the new stage — which sees you going after the Legion Boss – has been modeled on the underground section of the PS classic Symphony of the Night.

The “Extra Stage: The One Who is Many” DLC is the second level pack to have been released for the Xbox Live Arcade game. The previous “Beauty, Desire, Situation Dire” map pack was released back in September last year. Will you be downloading the new DLC?