We are pleased to confirm that the first Castle Clash January update for 2016 is now live. As a result, we can now bring you the official Castle Clash update 1.2.8 notes for Android showing you what is new in the game.

Straight away, you’ll need to know that the new Castle Clash hero is Arctica, who can only be obtained from events. The creatures skill name is called Frost Breath which attacks enemies whilst also freezing and removing buffs at the same time. 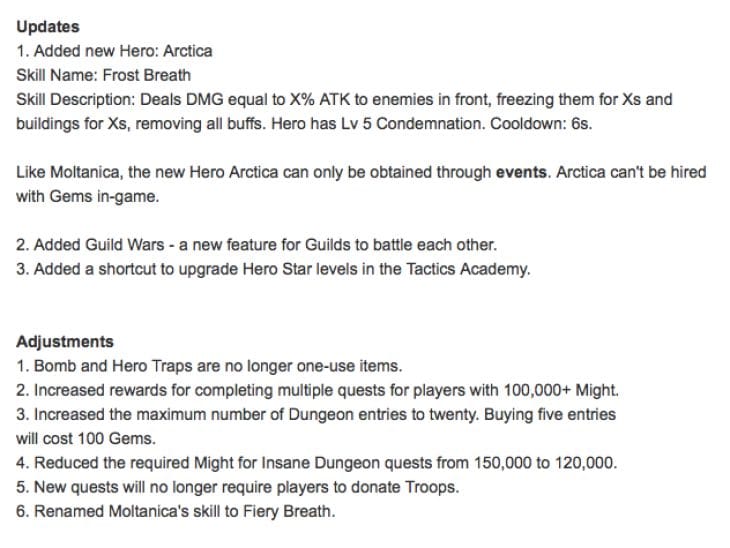 You can see the full Castle Clash 1.2.8 patch notes above which were posted on the game’s forum. Other changes include Castle Clash Guild Wars and a new shortcut to upgrade Hero Star levels in the Tactics Academy.

Many players have been excited about this update, so download it now and let us know what you think of the new changes.