The Cartoon HD app developer has deleted both his GappCenter website and Twitter.com/GappCenter social account with thousands of followers. This is a massive change, and something that didn’t even happen after Cartoon HD was ordered to close down.

It’s no secret those behind GappCenter have been building a new app, so seeing GappCenter.com not available anymore could mean there’s a new application about to release. The other theory focuses on the possibility of it being game over for this developer, and we won’t be seeing a new app arrive on the GappCenter Twitter account or website now they are taken offline. 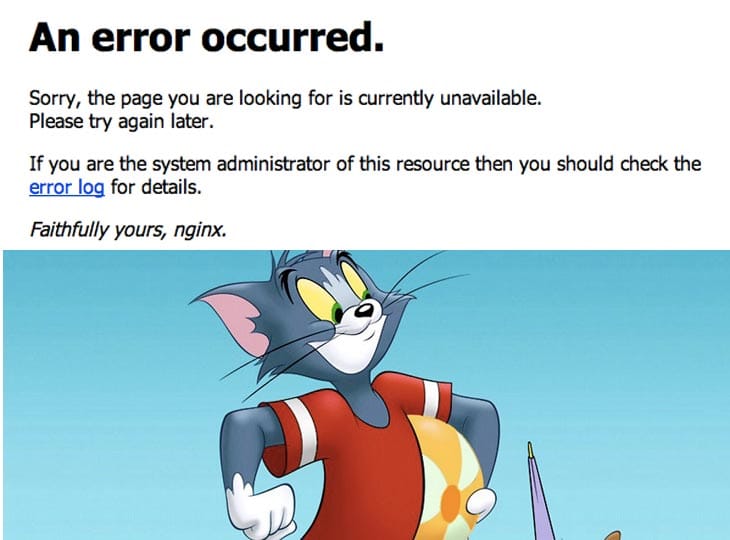 The Cartoon HD app not working for good – our developer pointed out the Cartoon HD app was working in iOS 8 and iPhone 6 a few days ago. After performing some tests, they were surprised the movie streaming app was still up after apparently being closed down months ago.

Since we published the article in regard to Cartoon HD working in iOS 8, we’ve received an update from our developer detailing what looks like a permanent closure. He explained the Cartoon HD app opens on iPhone 6 and iOS 8 devices, but displays just a while page with categories. He stated, “It looks like the servers powering the Cartoon HD app are not working anymore”, and the Gapp Center error seems to confirm this.

Heading to gappcenter.com/cartoon now reveals “An error occurred” message. This is a Nginx server message, and we’d consider the chance of servers being moved if it wasn’t for the Twitter account being deleted as well. On the social media account you’ll see the standard account deleted message stating, “Sorry, that page doesn’t exist”. Will you miss Cartoon HD and how will you feel if no new app releases from the GappCenter dev?