If you’ve ever played Carnival Games on the Nintendo Wii or DS, then you might like to know that 2K Play has just announced that its subsidiary studio Cat Daddy Games is currently working on a similar title that will be available exclusively for the Xbox 360 Kinect.

According to Alexander Hinkley at examiner.com, the new game is called Carnival Games: In Action, and looks as though it will be pretty much the same as the original Nintendo Wii game, which included numerous mini-games such as Lucky Cups, Hoops and Day at the Races.

As the official press release notes, the Carnival Games: In Action title is being built from the ground up specifically for the Kinect. The game will feature five different theme-park style alleyways, which will include games such as Hot Air Balloon Race and Rocket to Mars. 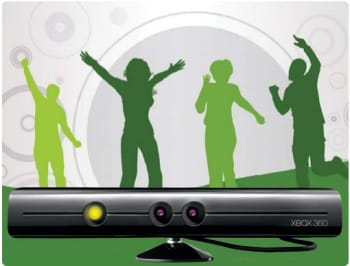 Players will even be able to use the Kinect’s voice recognition software, to talk with The Amazing Wodin and have their fortune told. Other fun carnival classics such as Wheel of Chance, Milk Bottle Throw and Alley Ball will also be included in the upcoming game.

Judging by a recent article by Darren Cartledge over on the realgamer.net website, it appears that players will be able to win interactive prizes within the mini-games, including robot cowboys, ninja masks, pet dragons and flying bears. What do you think of Carnival Games for the Kinect?

The game should be arriving in stores sometime this April.