Over the years cars have got more luxurious, with even basic models getting features which were once only found on more expensive models. One feature which is finding its way onto more cars is heated seats, but how safe are they?

An article on USA Today by Jayne O’Donnell is reporting that burn treatment doctors and safety campaigners, are planning to ask automakers and federal regulators to look at the safety of these heaters. Victims may not realize they are being burned or that the heaters are on until it’s too late and the damage has already been done, and has led to dozens of people to be severely burned.

David Greenhalgh chief of burns at Shriners Hospital said the “integrity of the skin” can be compromised, which can lead to months of recovery time. Some car seat heaters can reach temperatures of 160 degrees, while some manufacturers limit them to 105 degrees, but some can reach 120 that can lead to third-degree burns. 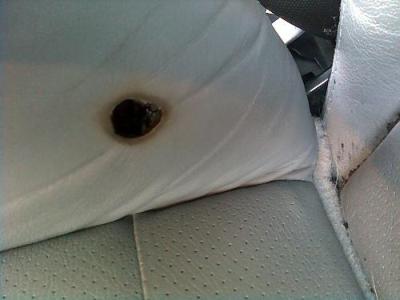 Letters were sent to Alliance of Automobile Manufacturers and the NHTSA concerning the safety issues with the seats. Among the things requested was to set a maximum temperature and install timers which will automatically turn heaters off, which some automakers already fit.

Issues with car seat heaters are nothing new as there have been some reports before. An article which was written eight years ago on PubMed, is reporting of a 48 year old who suffered third-degree burns following an initial drive of a new car. Back then it was advised that people with decreased mobility should not use car seat heaters.

Have you heard of these sorts of problems with car seat heaters before?