An application has recently been released which will help you capture those perfect photos, and is available for owners of the iPhone and iPod Touch 4G. Photo 1-2-3 has enhanced photo taking options but with a simple to use interface.

Released by California based ConglomerApps Inc. the app has a vast array of helpful tools which will allow anyone to get the most out of their mobile cameras. You will find a variety of fun photo taking settings, and time delayed capture options as well.

The Big Button option makes the cameras shot button eight times its normal size so you will never miss that shot again. A photo timer allows the user to delay the shot from a quarter of a second up to six seconds.

Six unique app skins allow users to further customize their camera. The photoblast mode allows the user to set the duration for which the camera takes successive shots and the total amount. 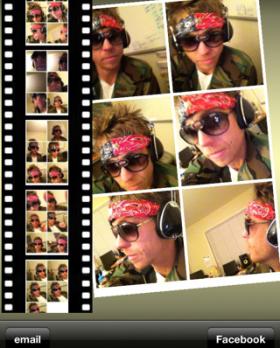