Canon have been very busy of late, they are about to launch the new Powershot SX-230 HS, which we will get to in another post. First we thought we would look at two new DSLR cameras that are coming to market, the T3 (1100D) and T3i (600D). It will be interesting to learn a little more about what specs these two have, as I am about to make the jump from compact to DSLR.

The T3 is Canon’s entry level Rebel and will ship in March at a price of $599.99, which will give you 12.2-megapixels and an 18-55mm lens, which as you may well know is just a starter lens to get things started. If you are about to make the move from compact, then just stick with this one lens for now — just until you get the hang of things. The T3 or 1100D what most people will know the camera as will have an ISO range of 100 to 6,400.

Engadget was also able to get some details on the upcoming Canon Rebel T3i, and will be the successor to the 500D. Again, this camera will launch in March, but will come with a price tag of $799.99 for the body only. The same lens as the T3 has will cost another $100 on top — not bad really. 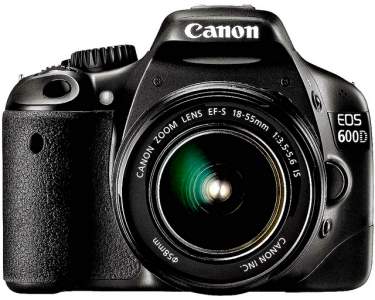 This model also has the same ISO range, but we can see that there is also a DIGIC 4 Imaging processor and integrated Speedlite settings. We can already see that things are far more complicated on Rebel T3i, but this is no entry level DSLR. Read the press release from Canon here.

Devin Coldewey from CrunchGear thinks that consumers should go with the T2i rather than the new T3, this is only because it has a better lens option as part of the bundle. What do you think?