While we await the first hands-on Canon EOS 70D review, we have to make do with previews and also some sample shots that have become available thanks to Canon marketing. We know that there have been a vast number of improvements when compared to its predecessor, and so it was all too obvious that consumers would want proof of this.

Canon EOS 70D sample images released — There are six sample images in all, and they help to give us a general idea of what we can expect from the new DSLR, and have been taken using different EF and EF-S lenses at different ISO settings, all of which can be viewed above. These are great images to help wet your appetite, but when it comes to giving you a true representation of Canon EOS 70D image quality, we’d like to see a few actions shots in there as well.

We’re told that canon has worked hard to give the 70D some major improvements and is said to perform at its optimum at all times, and if those images above are anything to go by, then they could be onto a winner, just wonder how the new DSLR will compare to its rivals? However, if you are consiering this upgrade, then you’ll see a side-by-side comparison to the 60D below. 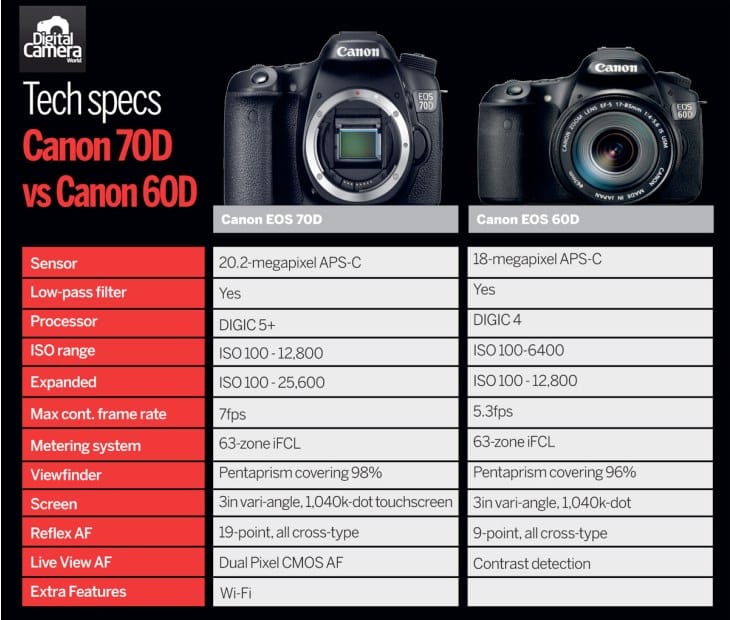 Main Canon EOS 70D Specs — There’s so much we could discuss in regards to the new 70D specs, but the most important are the 20.2-megapixel sensor, 7 frames per second, Digic 5+ image processor, a 19-point AF system, Wi-Fi, remote functionality, an ISO range of ISO 100 — 25600 and Full HD, offering even better video recording.

Having looked over the Canon 70D features you would assume that the new DSLR is aimed more for the video user, but the lack of headphone jack does seem to contradict that. Again, we now await those all-important first reviews to see if the new Canon 70D has been worth the hype.

Thanks to Lets Go Digital.