Last week we posted an article which suggested that the iPhone 5 and iPad 2 would almost certainly feature NFC for contactless payments, now we thought we would look at whether Apple’s devices may make near field communications popular.

So far the only well-known device which supports NFC is the recently released Nexus S, this runs Google Android Gingerbread which has been coded to support this new technology, however according to PocketNow developers did not have enough time to finalize the software. A software update will be required to enable the Nexus S to support contactless payments, no timeframe has currently been given as to when we can expect the Nexus S to fully support NFC, therefore the iPhone 5 may still be the first device to offer full NFC support.

Previous iPhone releases have set the standard for other smartphone manufacturers to follow, therefore I am sure if the iPhone 5 arrives in June / July this year offering contactless payments via NFC, competitors will respond almost immediately, perhaps we will see a software update rolled out for the Nexus S and other Android-based smartphones announced with full NFC support.

It would be fair to say that a lot of the people using NFC will be businessmen, the one smartphone manufacturer associated with businessmen and enterprise users is RIM, therefore if the iPhone 5 does offer NFC I am sure that we will see a BlackBerry smartphone release with full NFC support, let’s face it what business man out there is going to want a smartphone which does not support technologies which their associate’s smartphones offer. 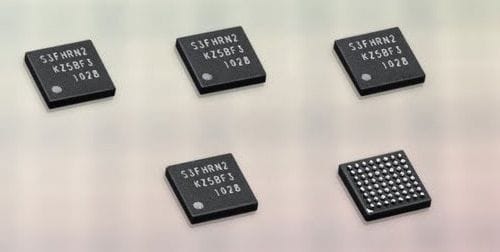 I am sure that if the Apple iPhone 5 does bring contactless payments to consumers it will start of a huge snowballing affect, other smartphone and tablet manufacturers will respond by offering products with NFC support and stores around the world will begin featuring NFC receivers to take contactless payments, I doubt NFC will ever replace the credit card, however I wouldn’t be surprised if still has a large affect on the way people pay for a lot of their purchases.

We would love to hear your opinions on NFC, therefore let us know about your NFC worries / concerns etc in the comments section below.