If you’re a fan of the western-themed first-person shooter series Call of Juarez, we may just have some exciting news for you. Ubisoft has just announced that a brand new title is currently in development, which is believed to be out sometime this summer for the PC, PlayStation 3 and Xbox 360.

As Ryan Fleming from digitaltrends.com reports, the latest installment — titled Call of Juarez: The Cartel — actually brings the series to the modern day, rather than being set in the early-mid 1800s like the previous two titles in the Call of Juarez franchise.

Call of Juarez: The Cartel will take players from Los Angeles, California, all the way to Juarez in Mexico. When Adam Novickas (Ubisoft’s director or marketing) spoke about the upcoming game, he described it as an action-packed shooter with a wide variety of gameplay options and a strong story. 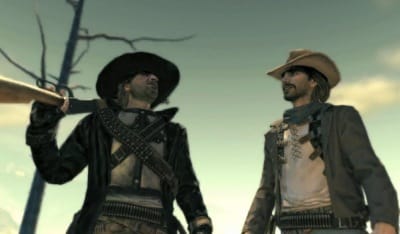 Novicakas went on to explain that the upcoming game will bring all the best elements of the Wild West into the modern day, but with a relevant and very gritty plot. As Oliver East from justpushstart.com notes, Ubisoft has also released a few screenshots for the Call of Juarez: The Cartel game.

You can view the screenshots via the JPS website. Are you a fan of the Call of Juarez games? If so, what do you think about the change in direction?