Ubisoft forthcoming game Call of Juarez: The Cartel is causing some controversy before it’s even released, with the Chihuahua state legislators seeking the game to be banned.

Gilbert Lansing of the US News Source is reporting that the move was unanimously approved, and federal authorities have been asked to ban the game. The games developer Ubisoft has been promoting the game with the slogan “Take justice into your own hands and experience the lawlessness of the modern Wild West”. The game is due for release sometime in the summer.

Ciudad Juarez where the game is based saw around 6,000 people killed during 2009 and 2010 in drug related violence. State congress leader Enrique Serrano said “Children wind up being easily involved in criminal acts”. He is worried what they watch on television and video games they might be exposed too. 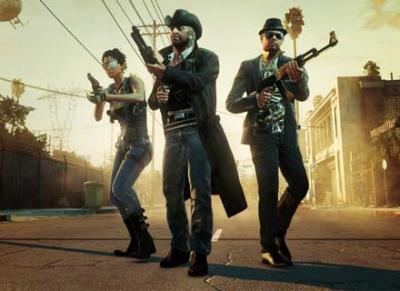 Andy Chalk of The Escapist is reporting that police in Texas are also unhappy about the game. They are worried that it will push some teenagers into the lifestyle by glorifying the drug related violence. Police Chief Carlos Garcia added “companies are looking to capitalize on the violent situation in Mexico”.

Ciudad Juarez has a death rate of around eight people every day, making it one of the most dangerous cities in the world. Violence has even moved over into the US in the Texas City of El Paso, since the start of 2010 at least forty people have been killed.

What do you think, should the game be banned?

Call of Juarez: The Cartelubisoft