We now have some official details on one of the extra bonuses you will get with the Call of Duty WW2 Season Pass which many of you will be buying this month in preparation for launch next month.

Now, Activision has confirmed that Season Pass owners will get the Carentan Bonus multiplayer map added within the package.

This is on top of the four DLC map packs that the Season Pass will come with, offering new multiplayer maps and of course new Nazi Zombie maps as well. 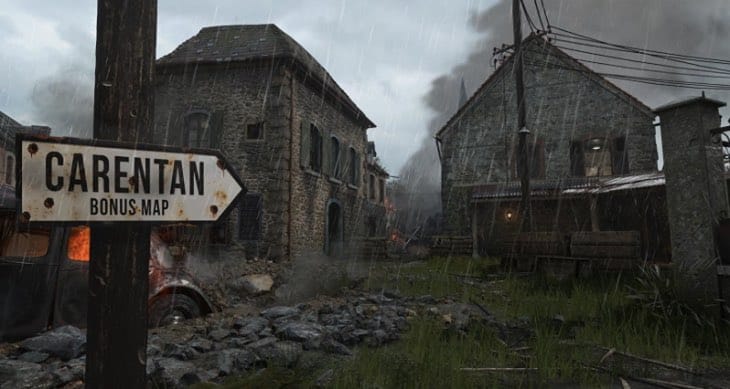 The description of Carentan is as follows and the first screenshot of it is above: “Fight through the destroyed buildings and fortified streets of this war-torn French town in an all-out battle for a strategic German stronghold.”

The map is also an old school map from previous COD games as well, since it featured in Call of Duty 1 and Call of Duty 2 so there’s a lot of history there.

Need a good deal on the Call of Duty WW2 Season Pass? Amazon UK is offering it for £39.99 here as a standalone purchase if you already have the game ordered elsewhere.

Is the Call of Duty WW2 worth it in your opinion?