If you are planning to play the upcoming Call of Duty WW2 Private Beta or still trying to get hold of a beta code on PS4 and Xbox One, we have some news for you.

Activision has just confirmed via the official Call of Duty Twitter account that anyone who participates in the beta will be getting some free DLC.

This DLC will be available in the full game and it will be the Call of Duty WW2 Private Beta ‘Combat Pack’, consisting of an in-game helmet item to wear, along with an exclusive calling card and emblem which you can see below. 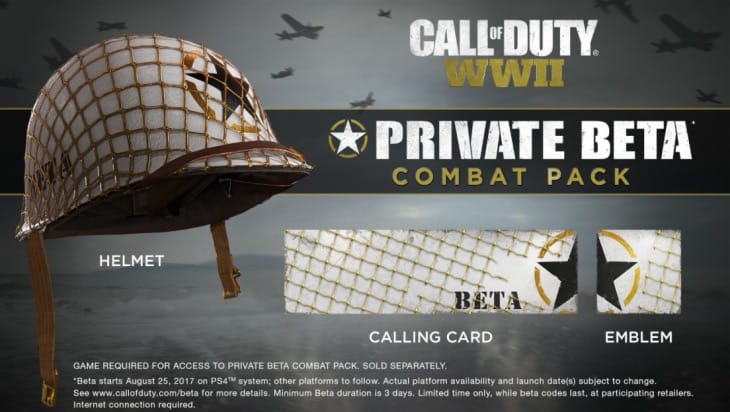 For those that need another reminder, the start date for the COD WW2 beta is August 25 for PS4 players. This will last three days, ending on August 28. The beta will then start again on September 1 to September 4 when Xbox One players will be able to play.

At the moment, the only way to get into the beta is to pre-order the game – the best price so far is £47.99 from Amazon UK for the Call of Duty WW2 Standard Plus Edition.

This price also gets you a FREE Prima Zombies strategy guide which is fantastic.