We can see that Activision is having some problems with Call of Duty servers on November 13, 2016. As a result, we have been receiving a lot of complaints that Black Ops 3, Infinite Warfare and Modern Warfare Remastered servers are all down today.

You can see confirmation that gamers can’t play their Call of Duty games today, many of whom are trying to play Infinite Warfare or Modern Warfare Remastered but have found that servers are not working on PS4 and Xbox One. 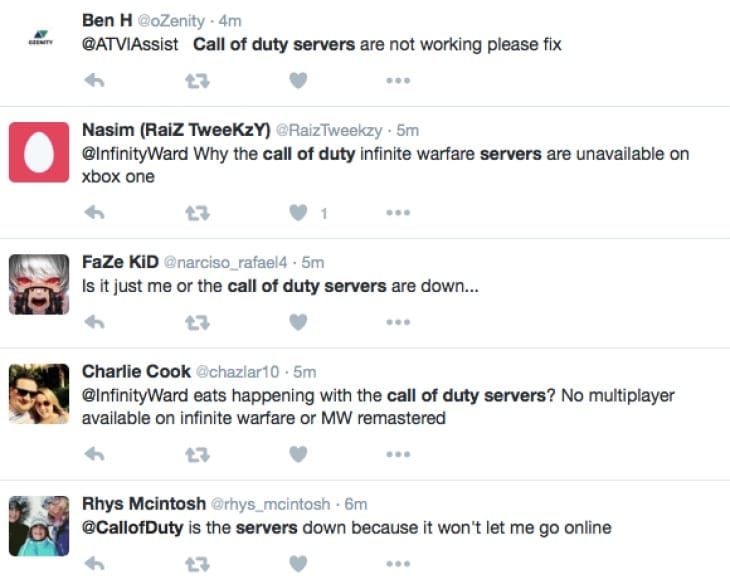 Some of the errors that you may see on console include ‘Unable to access Online services’ for Call of Duty and also a constant message saying ‘Connecting to Online services’.

As we determine how severe these problems are today, let us know if Black Ops 3, Infinite Warfare and Modern Warfare Remastered servers are down right now.

Which area are you trying to play from as it may be attached to a particular region?