One of the most wanted features from the Call of Duty series is the ability to create your own map. The thought of such a thing does not want to go away, gamers were asking for this feature on Call of Duty 4 and were still asking for before the release of Black Ops. Well the game has been out for a few months now and we know that it is a feature that has passed the game by yet again — so what about on Modern Warfare 3? Earlier today Alan Ng discussed about the release date and development update. Sticking with the map theme, there have been reports that the Beta and Forest maps have leaked, but we are uncertain if fake or not.

Having looked back at the history of this subject we can see that there was a way for you to create your own maps, but not to implement them on the game yourself. eHow offers instruction on how to do this, which you then have to send to the developer in the hope of your map making the next game — don’t hold your breath though. 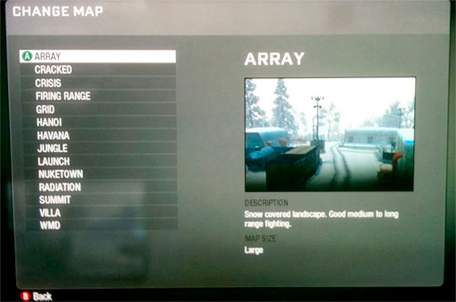 Looking at a Black Ops Forum post we can see that the idea of a map creator was a feature that some fans wanted, they added that as it works for Tony Hawk games, so why not for COD? However, someone else points out that it would only work if you were in a private match.

The Most Voted has asked its readers if they would like to create their own maps, and 88 percent said yes — so maybe the developer should now start to listen. We all know how boring certain maps can get, so having one created by users of Call of Duty would be one way to give maps longevity.

Would you like to create your own maps in Call of Duty Black Ops or Modern Warfare 3?