With no word on what the live stream will entail, you just know that the secret is out on Infinite Warfare and now Activision are ready to spill the beans publicly after all of the recent leaks.

Monday could out to be a day to remember now, as the Infinite Warfare live stream starts at 10.30am Pacific Time on May 2. For Eastern Time that means 1.30PM and for those planning to watch in the UK it is 6.30PM in the evening. 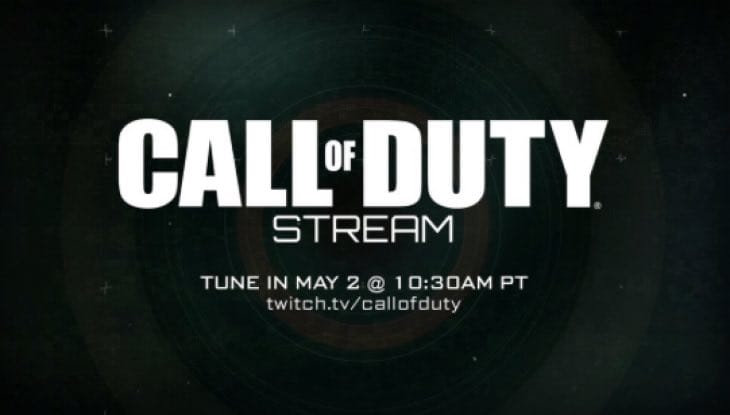 We expect Infinity Ward developers to talk briefly about the new game, then unleash the trailer and the official COD Infinity Warfare release date – which should be November 4 if leaks are accurate.

We then expect the trailer to say something like the full reveal will be coming at E3 2016 in June, that would make sense rather than disclose juicy information in the trailer.

Either way, this stream is not to be missed. We’ve embedded the Call of Duty live stream today below this post so you can watch it directly below to make it convenient for you.

Are you excited about Infinite Warfare, will another zombie mode spin-off be coming?

Update: The trailer is live early before the stream! It was leaked on Hulu, then uploaded officially by Activision. We’ve added it below, leave your reaction.