It looks like the first big clues have arrived with regards to the Call of Duty 2016 game from Infinity Ward. Thanks to some juicy rumors this week, it could now be called Call of Duty Infinite Warfare and it may be coming with one massive bombshell.

That bombshell could be Modern Warfare 4 remastered, packaged with the Infinite Warfare Legacy Edition which may have been leaked early by Target.

Check out the images that we have included here showing the alleged leak in question – remember nothing is official yet until Activision states otherwise. It does show the Infinite Warfare logo though and also text which states that the remastered MW4 is coming with the game. 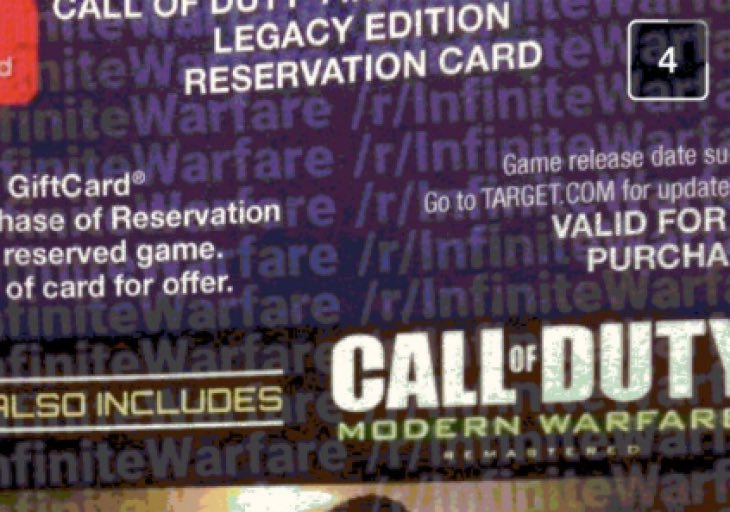 We also wanted to point out some very strange activity on the Call of Duty Twitter account this week. Given the fact that this coincides with the image leak of Infinite Warfare, the Twitter account decided to rely to one user who Tweeted back in 2014 about how excited he would be if a Call of Duty 4 remake ever came out.

It just seems too much of a coincidence for Call of Duty to suddenly reply to this two year old Tweet, if there wasn’t anything concrete behind it.

With that said, the Call of Duty Infinite Warfare release date could be November 4, 2016 so it may be time to start the hype train.

Would a COD4 remaster convince you to buy Infinite Warfare from Infinity Ward, or are you done with Call of Duty after Black Ops 3?