For those that didn’t catch this during Microsoft’s Xbox One event, Call of Duty Ghosts is on the way to next-gen consoles, as well as Xbox 360, PS3 and PC. This week, Infinity Ward has attempted to give you a clear idea just how significant Call of Duty Ghosts will be when running on a new engine compared to Modern Warfare 3.

The developer has released a very useful technical demonstration, showing the graphical changes between Call of Duty Ghosts and Modern Warfare 3, thanks to the new technology available to them on the new engine. In particular, Infinity Ward tout the facial differences on several character models on the two games – letting you see the level of quality that they have managed to improve.

The difference is quite astounding you have to say, although PC users may be arguing that this new level of quality found by Infinity Ward was already available on the likes of Crysis years ago. Having said that, Call of Duty had previously only been about the gameplay, so it is definitely refreshing to see improvements being made in the graphical department. 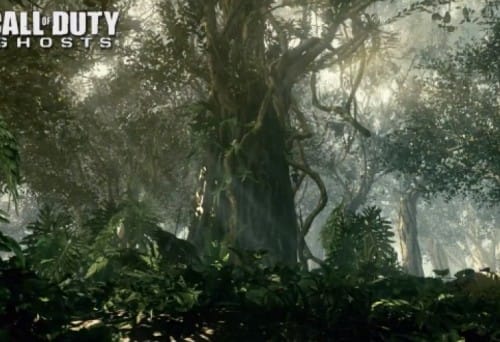 The comparison on the forest areas from MW3 and Ghosts look the most impressive to us, take a look and you’ll see what we mean. The question that we want to know, is whether this tech demo was running on the PC, or whether it shows off the graphics running on the Xbox One hardware.

It was only a matter of time before we saw a new Call of Duty game on a new engine, so hopefully the improvements in graphics will now happen at a steady process with each annual release. Take a look at Infinity Ward’s demonstration above and let us know what you think of the graphical changes, thanks to the new engine.

Are you starting to believe Activision, when they said Ghosts will end up being the best Call of Duty game that they have made?