The new Call of Duty Ghosts game launched with a fresh story and noticeable improvements for those on Xbox One, or PS4, but the franchise has repeated many of the previous problems seen on past games. This includes Call of Duty Ghosts suffering from spawn issues, hacking, balancing problems with weapons, and cheats on Xbox 360, PS3, PS4 and Xbox One.

Infinity Ward aims to fix many of the cheats and glitches currently being experienced in COD Ghosts, which they hinted at in a few forums and blog posts. In the next patch and over the coming months you can expect updates to fix troubles gamers are reporting like spawn kill issues, along with prevention measures to stop hacking and cheats. 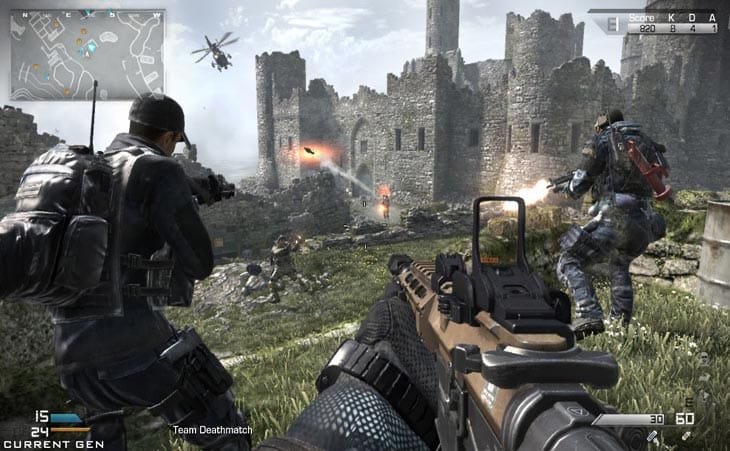 The Call of Duty Ghosts spawn issues will be fixed thanks to Infinity Ward collecting lots of data over the past month of online play, and they are currently testing a new spawn system in COD Ghosts that should kill most spawn issues being reported.

There is no release date for this spawn update, but we do expect it to launch sooner rather than later, especially considering the amount of complaints in forums about COD Ghosts spawn killing. This is nothing new in terms of Call of Duty, but some gamers claim it’s a real problem and they won’t play until this bug is fixed.

If you find anyone using some sort of cheat in COD Ghosts or hacking, then you are asked to report these users to Infinity Ward and it looks like a ban might be issued against gamers violating the Code of Conduct. We are not sure if this includes glitches in COD Ghosts, or if it’s for the more extreme hacking and cheats.

You can count on regular patches to fix exploits and glitches, although some manual intervention might be needed to fix hacked stats.

The next update for PS3 will be Call of Duty Ghosts patch 1.07 and 1.09 on PS4, so you can count on the patch notes to include some of the improvements mentioned. This will include changes to weapons for better balancing, increased XP rewards in Operations, and also a new Heavy Duty playlist.

How would you like to see changes to Call of Duty Ghosts weapons? Have you seen any cheats in multiplayer, or spawn issues? If so leave a comment below detailing what you have seen. Nothing gets more annoying than spawning and being killed within a second, before you have had a chance to even move.

You might also want to read about the release of COD Ghosts Onslaught DLC Map Pack 1.

call of dutyCall of Duty Ghosts