Earlier on this week we gave you full details on the soon to be released Hardened Edition for Modern Warfare 3, and now we have full information that has just been released for the much debated Elite service, in which Activision will be offering a premium Call of Duty experience for those willing to pay a considerable sum for it.

First things first, let’s get the price out of the way, as according to the official website, Elite will cost gamers in the US $49.99 or gamers in the UK £34.99 for one year’s subscription to the service.

Before you say that the price is too expensive, take a look at the full features list as there is actually a generous portion of content available for those willing to take the plunge and pay the extra fee which is equilavent to the cost of a full priced PS3 or Xbox 360 game.

The main features include some 20 ‘pieces’ of new MW3 DLC according to Activision, although as you may have guessed, specific details on what exact DLC this is are unknown yet. You’ll also get access to official leagues, events and operations with prizes, tons of clan options, professional tactics, Elite TV and plenty of in-game extras too which standard members won’t get.

Obviously the main focus that potential buyers will study is the 20 free pieces of DLC that you’ll get with your subscription. It’s highly unlikely that these are 20 free map packs that Activision are just dishing out – as that isn’t their style as gamers have come to learn. Instead, it’s probably going to be things like free themes, pictures, avatars, maybe some early access to weapons and perhaps one free map pack as well. 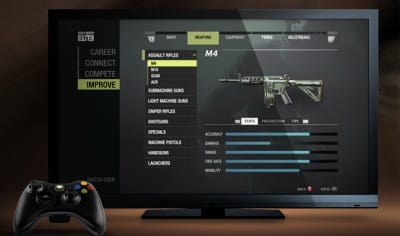 Activision has been very clever in not giving any clues as to what the DLC is, as some unsuspecting gamers may just pay the fee anyway believing that they will be getting map packs for free, especially if they are demanding the $49 or £35 from their parents. Is this slightly misleading by Activision or not in your opinion?

Overall, it’s a very attractive proposition though, and there’s a great deal of content which on paper looks like it is worth the money alone. Check out the full list of features at the official website here, and let us what you think about them. Elite features or a waste of money?

Activisioncall of dutyCall of Duty Elite