Call of Duty is by far one of the most popular games of its kind on Xbox 360, PS3, and other portable platforms. I personally love the game, and the Call of Duty Black Ops gameplay looks a step up on previous games, love the new RC car and controlled rockets.

While most of us are very happy with Call of Duty, we have to also understand that every time we download a new map or buy a new game we are making the developers and publishers money. So we should expect the best, and hope that they add new features that we have been asking for.

After looking at some new gameplay today — found below this post — you get to see the new rockets and RC car in action, but while the gameplay looks great, there seems to be no major improvement in graphics. Killzone 2 looks better, although it lacks the gameplay.

It’s going to be good come November 9 and while gameplay is more important to most gamers, the kind of profit being made from all the maps and new Call of Duty games, should we expect more in graphics?

Time may be short between the developments, but with the power inside Microsoft’s Xbox 360 and Sony’s PS3 in mind, the same gameplay and better graphics could be achieved. They could make time by losing a little profit, they will make a mass of money and it will be a best seller for 2010/2011. 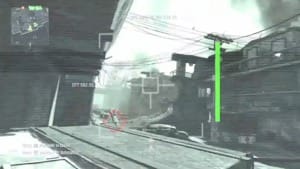 We love what we have seen in COD Black Ops so far, but looking at the gameplay trailer, could they have given us better graphics considering the money they are making? Let us know your thoughts on this.