If you have been searching around for hard evidence which proves that zombies will be a Call of Duty: Black Ops we may have it for you, thanks to hints revealed in the Black Ops viral marketing campaign.

A writer on the CoDBlackOps blog recently received some documents which promote Black Ops, one of these documents showed an un-labeled chemical compound, apparently this compound is Tetrodotoxin, which is more commonly known as “Zombie Powder”.

Obviously if all of the information above is correct it is a strong hint at zombie mode, which was extremely popular when it arrive on Treyarch’s last Call of Duty video game World at War.

Oh, and if you missed the video we posted earlier showing off Black Ops multiplayer gameplay check out this link.

Do you know more about Tetrodotoxin? If so, can you confirm that the image below has anything to do with it? 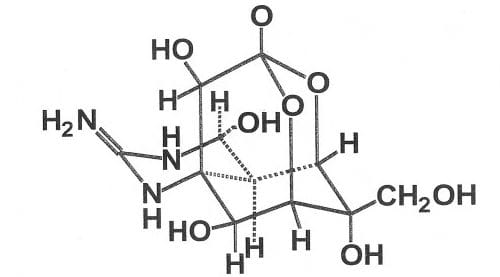