I recently received an anonymous tip off telling me that the Xbox 360 version of Call of Duty: Black Ops has now leaked online, apparently it is now available in warez-bb.org, however due to the illegal nature of this leak I will not be providing a link.

If you scroll down to the end of this post you can see a screenshot that I was sent showing it listed on warez-bb.org, apparently the files are hosted by MegaUpload.com and total up to a 6.5GB download.

Also we have been sent “proof” confirm that this release is working, we have embedded an image further down showing the game ready play on the Xbox 360 dashboard.

Roughly a year ago the Xbox 360 version of Modern Warfare 2 leaked before its proper release date, a lot of people played it online, however Microsoft then banned lots of consoles from online play, therefore I strongly recommend ignoring this leaked copy and waiting for the game’s official release on November 9th.

Have you downloaded this leak? If so, did it work? 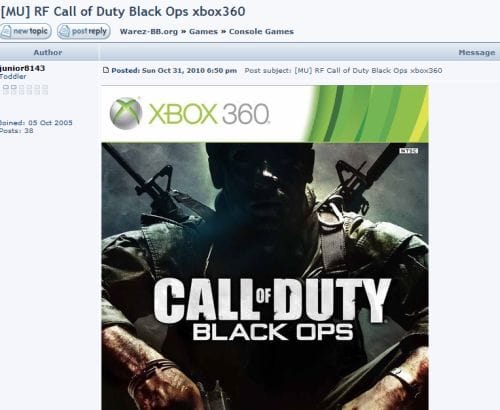 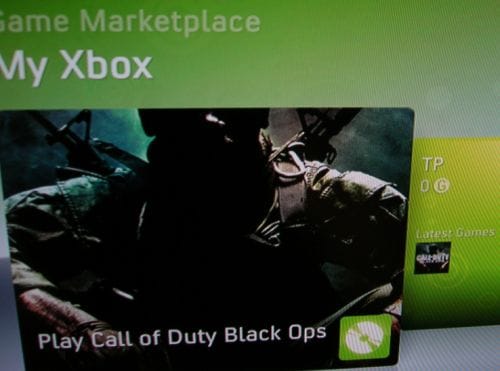