Just when you were thinking that the beta for Call of Duty Black Ops would be an Xbox 360 exclusive, we have found new details for you now, which suggest that the beta is heading to the PS3 too.

As reported from VG247, a website known as leakerz has posted a series of images showing the beta client download on the PS3, along with a September 2nd start date and 7pm release time.

The question is though, are these images real or fake? We previously showed you an image of some Google ads revealing the supposed ‘exclusive’ beta on the Xbox 360, but developers Treyarch have yet to confirm anything.

If you ask us, the beta is definitely happening, Treyarch are just waiting for their multiplayer reveal to announce it properly. I doubt it is coming to the PS3 as well though, since Microsoft already have an exclusive deal in place with Treyarch for Map Packs and other goodies.

Of course, it would be lovely if the beta were to appear on both consoles – that would seriously make my day. For now, take these images with a pinch of salt until we hear anything concrete from Treyarch. You can watch a live stream of the event here.

Do you think the images are legit? 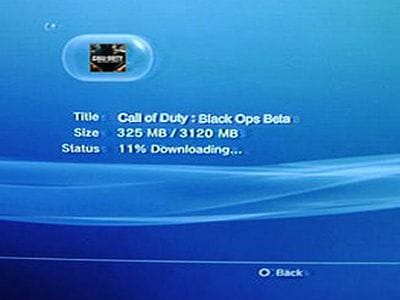 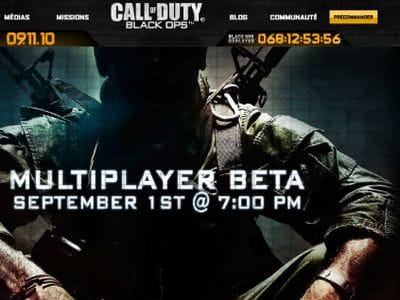