We have just shown you a full list of Killstreaks that will be included in the upcoming Call of Duty: Black Ops title, but there were some notable exceptions from killstreaks and perks that were in previous Call of Duty titles.

Considering that Black Ops is Treyarch’s follow up to World at War, you may be surprised to hear that there won’t be any room for the Juggernaut perk. This is probably more good news than bad, since many of you argued that players with skill don’t need it, and it is essentially just a perk for beginners.

I’ve seen the perk list for Black Ops, and I can also confirm that there won’t be room for the Stopping Power perk either. This is even more surprising, since it is a perk that was included in the last three Call of Duty titles. Maybe Treyarch felt that the perk was too strong and the game needed balancing more.

However, it is worth pointing out, that the FMJ attachment from MW2 has now become a full perk, so maybe this will act as a replacement for Stopping Power – what do you think?

That is a few missing from the perks, but what about Killstreaks. You will probably be aware by now that Treyarch has decided not to include a killstreak for 25 kills, following on from the Tactical Nuke on Modern Warfare 2. I’m not sure if I agree with them. I always thought the nuke was a great reward for getting so many kills in a row, and lets face it, a 25 kill streak is not something that happens every game is it?

I’ve seen the Black Ops killstreak in-game menu, and there is definitely no room for an extra slot after the 11 kill gunship, so after the gunship, that is all you’ll be getting. 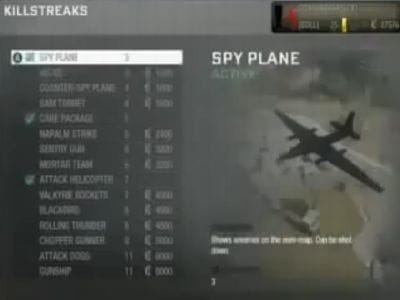 What are your thoughts on all of this? Firstly, on the fact that Juggernaut and Stopping Power are not in the game, and secondly, do you think there should of been a slot for a 25 killstreak reward?

If you missed Treyarch’s huge multiplayer reveal, you can check out a full recap here.