An interesting report has surfaced this week, suggesting that Call of Duty Black Ops 3 is officially the number one most-requested game for this upcoming Holiday 2015 season.

There are some fantastic games on the way in a matter of weeks, including Fallout 4 but Activision and Treyarch’s game has once again managed to come out on top. 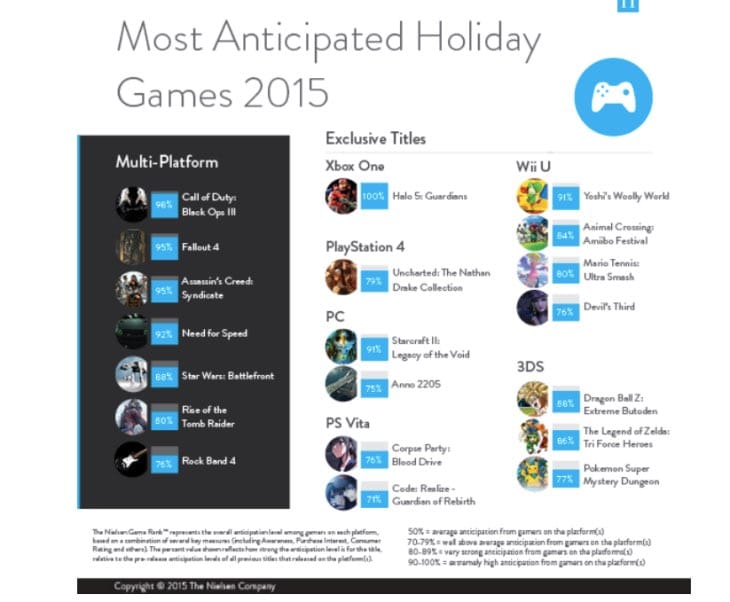 Other games included in the poll aside from Black Ops 3 and Fallout 4 were Need for Speed, Assassin’s Creed Syndicate, Rock Band 4, Star Wars Battlefront and Rise of the Tomb Raider.

Black Ops 3 trumped the lot though with 98% ahead of Fallout 4 which slightly behind on 95% in demand. What are your thoughts on this, since we bet there are plenty of gamers out there who would like to have their say on this and perhaps offer a different opinion.

Do you agree that Black Ops 3 is the most in demand game right now, with Treyarch back at the helm or is it all about Fallout 4 for you?

Let us know what you think about the study in our comments section.