The temptation to buy FIFA 16 coins on the cheap is evident when frustration really sets in and the ability to use real world money isn’t anything new. We looked at a number of apps and console games in the past that see some people spending hundreds of pounds, or dollars, on in-game purchases. The Forge of Empires Diamonds would be one example, but how do most people feel about gamers spending real money to get ahead?

You might think parting with just under £8 for over 1000 FIFA Points isn’t a lot, but what if those purchases become addictive and run into a big bill? Most people are smarter than this, although the temptation is very clear when you start to get frustrated and see rare promo packs on offer.

FIFA 16 is free until frustration sets in — we will update our readers with quick reviews during our hands-on time with the most popular football game, also this will be backed up with breaking news in regard to special events and tips as well.

The screenshot below reveals just how much FIFA points cost for the latest game in dollar amounts. As you can see, you get 750 points for $7.49 and in the UK it’s £7.99 for 1000 points. Of course, £1 is about $1.51 and for some they would never considering parting with real money in any game. 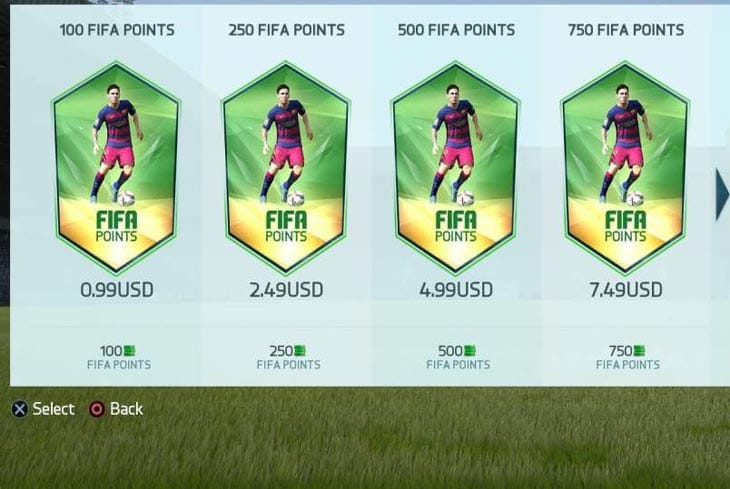 This screenshot shows you how much it costs to purchase FIFA Points that allow players to quickly open Gold Premium packs, enter into the FUT Draft for further rewards, and many other items when they become available for a lot of coins. This is why a select few players try to buy coins in FIFA 16 and past games, as it could be cheaper than using money through official channels, or even try to find a FUT coins hack and cheats.

You should also download the companion app, or visit the FIFA 16 web app each day to receive a free gift. This will mostly be a free pack or coins, as seen in the photo below that we received today when opening the app on an iPhone. 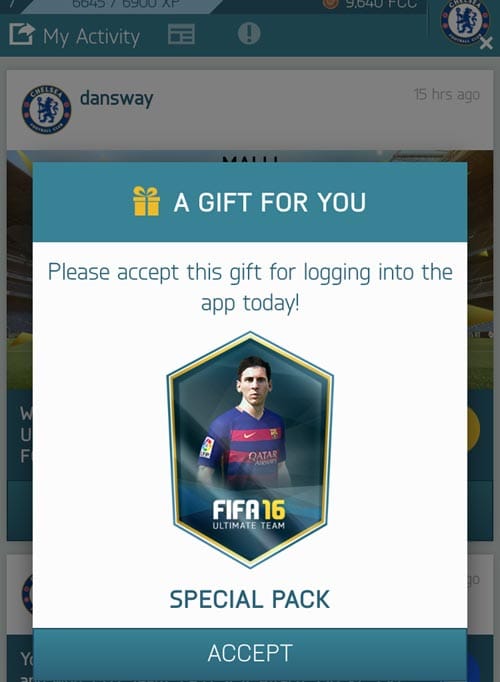 FIFA Points help you do things a lot quicker in the game and you won’t have to look far for those that just can’t wait, of course this system is how EA Sports make a lot of money and they will do their best to protect it. The whole FUT system isn’t built around spending real world money like other games, so this more relaxed approach is welcoming.

Other titles, especially online only games like Forge of Empires, tempt you to spend real world money everywhere you go. This is a smart move by their developers and because the game is totally free, it’s also understandable why they need to integrate such systems. FIFA 16 and FUT are totally different, but if you break easy then you won’t need to look far to spend money on FIFA Points.

Would you part with real cash in FIFA 16 and Ultimate Team to speed up the process? If not, then share your tips on how you like to gain lots of coins fast without parting with real money.