For those that have yet to pre-order Black Ops 3, the biggest question that remains to be answered is if you can buy the Black Ops 3 ‘The Giant’ and Nuketown maps separately as a standalone purchase.

It also appears to be the one question that Activision are so far unwilling to answer for the time being – for obvious reasons. The Black Ops 3 pre-order bonus maps are extremely big sellers and we can see that straight away with many retailers charging a higher price for the retail version with Nuketown attached.

The Giant zombies map meanwhile can only yours on Day One by either getting a Collector’s Edition of Black Ops 3 such as the Juggernog Edition or buying the Black Ops 3 Season Pass.

Without these expensive versions of the game, you can’t get The Giant and many gamers feel that this is unfair – then again business is guess. 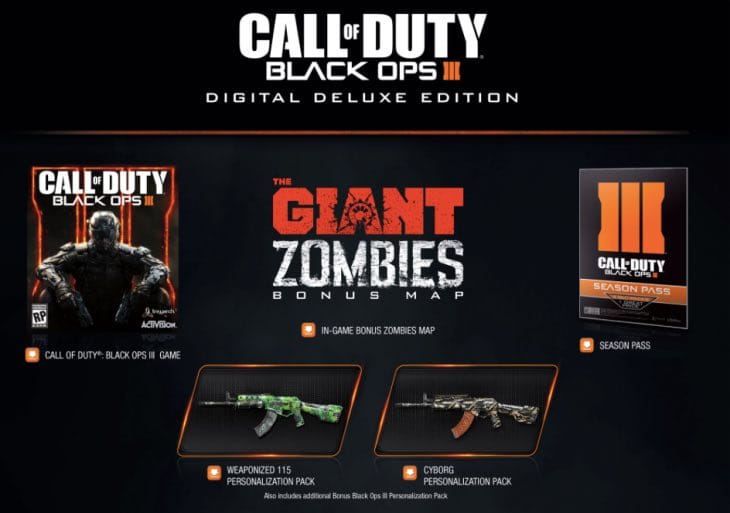 We are predicting that both The Giant and Nuketown will be available as a separate purchase, but we have a feeling that they won’t be available for many weeks.

After all, there is going to be a huge backlash if Activision do put them up on the store shortly after launch – since gamers are paying a lot of money for these luxuries.

Where do you stand on the big pre-order map bonuses, which is obviously a money spinner for Activision? Are you willing to wait it out in the hope that they become available separately?

Let us know your plan of action for Black Ops 3 this year and whether you have just bought everything possible already.