When Big Blue Bubble’s Burn the Rope iOS app was first released onto the Apple App Store last year, it unfortunately lacked Retina display-friendly graphics. However, it appears that the puzzle game has now received an update, which includes the much-wanted feature.

As Jared Nelson over on the toucharcade.com website recently noted, the latest update not only improves the graphics of the game with its Retina display support, but it has also added another 16 brand new levels, new bonus rounds and 3 new insects.

The new bugs include water bugs, fire bugs and electric bugs. When fire bugs are ignited by your flame, they explode and burn everything within a certain radius. Meanwhile, electric bugs travel in pairs and when one is ignited, it will shoot electricity to the other and start a flame somewhere else. 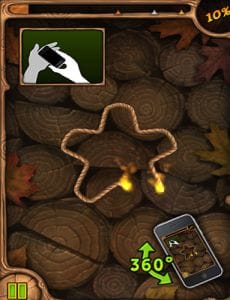 Water bugs will just extinguish any flames that come in contact with them, so it’s advisable to have another flame burning somewhere else before you encounter them. The Burn the Rope game — which as noted on the itunes.apple.com website costs just $1.99 – now features a total of 112 levels. 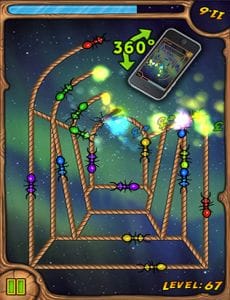 The app is compatible with the Apple iPhone, iPad and iPod Touch, but does require iOS 3.0 or later. You can check out a Burn the Rope gameplay trailer below this post.