Well if you just went into the bar in Tower Hangar this early morning, you may have spat out your drink. Xur is selling the Gjallarhorn today for only the second time since the game launched – the question is why?

Bungie has already confirmed that they will be issuing a Gjallarhorn ‘nerf’ when Destiny update 2.0.0 lands, to make the Gjallarhorn’s wolfpack rounds do less damage.

It’s all due to the idea of promoting ‘variety’ in the game according to Bungie, so is that their way of saying to the community ‘have some fun with the best weapon in the game for its last few weeks’? 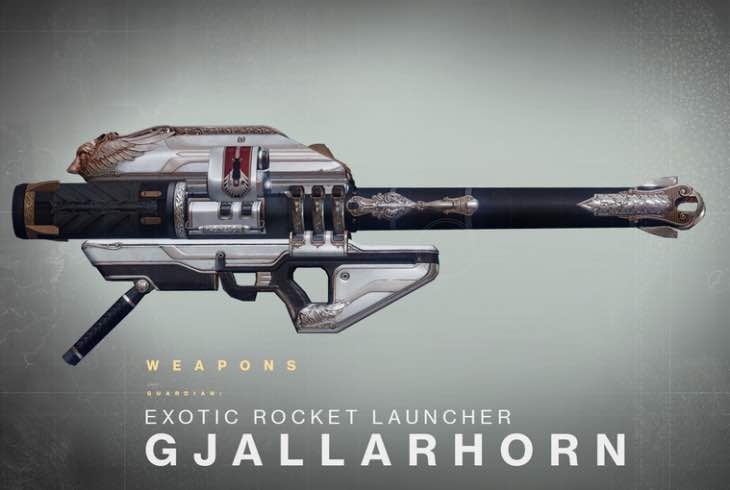 We don’t believe the idea on that it was completely random that this weapon was magically sold by Xur just weeks away from the Gjallarhorn nerf patch.

In reality Bungie probably altered the fabric of time and space that is the loot table so that all players can get a taste of why this weapon is so highly regarded in the game – and of course perhaps provide some justification on Bungie’s side of things on why they feel it needs a nerf.

What do you think about Xur selling the Gjallarhorn today, was it a carefully executed set-up by Bungie or a moment of grace from RNGsus?