If you’re anything like me and you enjoy playing first-person shooter games, then you may have read our previous articles on the upcoming Bulletstorm game that is being developed by Epic Games/People Can Fly. Not only did we bring you details of a release date, but we also provided a trailer.

Thanks to numerous previews that have surfaced online recently, we can now bring you details on two of the multiplayer modes that will be featured in the Bulletstorm game. According to Stephany Nunneley over at vg247.com, the two modes detailed are Anarchy and Echo. 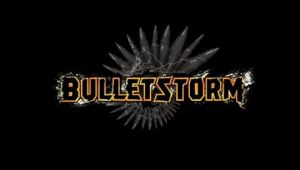 Anarchy is basically just a survival mode, which sees you and three of your friends going up against a wave of enemies. However, the enemies do have to be killed in specific ways in order to gain any skill points. The Echo mode is actually played as single-player, but with multiplayer leaderboard support.

Echo mode allows you to play any of the game’s levels, while attempting to get the highest skill score possible. As reported by John Callaham at bigdownload.com, you can then compare your results with all your mates on the multiplayer leaderboards. Bulletstorm is being released on February 22nd.

Bulletstorm will be available for the PC, PlayStation 3 and Xbox 360. Do you like the sound of this game from what you’ve heard and seen so far?