With just three months to go before the Bugatti Chiron gets its 2016 Geneva Motor Show debut, we are starting to see more sightings. However, one recent sighting has filled us with excitement, as it hints at what can only be a showdown against rival supercars.

In the video, which you can see below, shows a Veyron Super Sports, BMW i8, Lamborghini HuracÃ¡n LP 610-4 and also a Porsche 918 Spyder driving near the NÃ¼rburgring race track, along with the much-anticipated Bugatti Chiron.

We can only presume that these vehicles are seen being driven down a road because they are being pitted against each other. Whether they are going on the Nurburgring to test how they compare on the race track, or if they are going to be tested just for their acceleration off the line is anyones guess, but you would like to think it would be the latter. 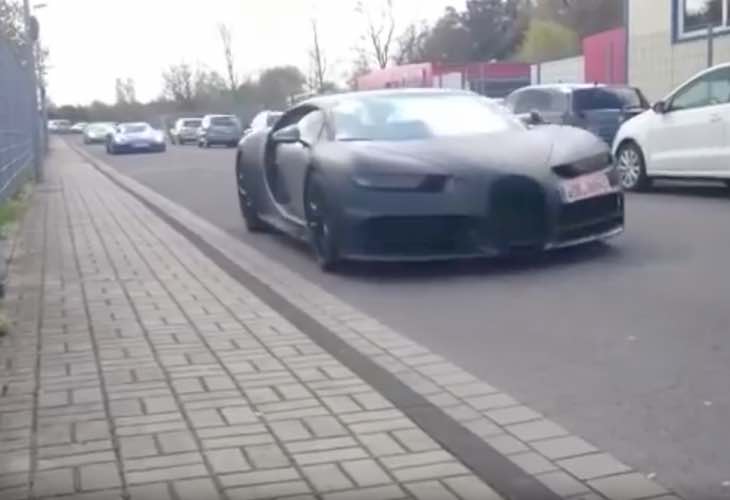 It will be interesting to see how the Chiron gets off the line compared to the two other hybrid models, but you would have thought the Chiron will come out the winner. This is because it will make use of the quad-turbocharged 8.0-liter W-16 engine and also helped along with electric motors to feel in the gaps and also provide more power.

We know that this new car is to produce more than 1,500 horsepower, but what we do not know is its 0-60mph, 0 to 100 miles per hour and also its top speed, although it is rumored to be around the 290 miles per hour mark, which is just ludicrous.