When it comes to the world’s fastest production car, Hennessy has always been a little controversial, as there are times when they only complete one run, when we know that the Guinness World Record requires two runs to get an average. Having said that, Bugatti has also been guilty of this with their Grand Sport Vitesse open-top.

Whatever way you look at it, we do like to know how fast these vehicles can reach, even if it is just the one run, and the Hennessy Venom GT Spyder has done just that with a top speed of 265.6 miles per hour. 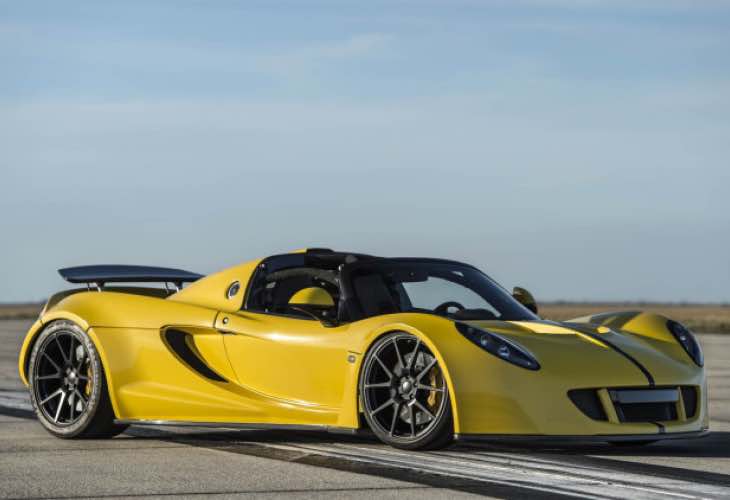 The video of this run is a bit smug, although you can understand why they would do such a thing. This will mean the Bugatti Chiron may have a hard time topping that because its current top speed is rated at 261 mph for safety reasons. However, Bugatti do state that the Chiron could reach a top speed of 288 mph, although we are not certain what sort of dangers this would mean, or if this will be fine under strict safety conditions?

We do love how patriots come to the aide of Hennessy to defend how the Venom can beat the likes of Bugatti with more like caveman technology, and a fraction of the cost.

Ok, so we do agree with them in that respect, but then you try putting the Hennessy Venom GT on a race track and introduce it to a few corners and that is when the chinks in the armor begin to appear, as it’s well known that this vehicle is only really good for straight runs, unlike the Bugatti Veyron, and the upcoming Chiron.