A fourteen year old school boy from Spanish Fork has hit the headlines, as his iOS game has replaced Angry Birds as the top free app. Bubble ball has shot to the top of the iTunes list and Robert Nay describes it as a physics based puzzle game.

Robert Nay told KSL News Radio’s “The Browser” that the game took around a month to develop from coding he had taught himself. He added “I had no idea that it would do so well and become the No. 1 game.” He went on to say the hardest thing was waiting for Apple to approve the application which was a week.

In around two weeks since it landed on the App Store it has had more than two million downloads. He is now receiving lots of job offers for a career in applications. He expects the game to start earning money soon and added. “We’re probably going to add in-app purchases, where the game will still be free but you can buy additional levels in the game.” 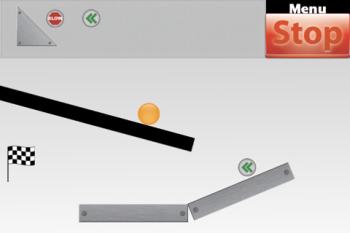 Bubble Ball has users testing their ingenuity and thinking skills to try and get the bubble to the goal, with users giving the game some good reviews. There are twenty one different levels which users can start on any level they want. Check a video of the game below.

Bubble Ball 1.0 is available free on the App Store for owners of the iPhone, iPod Touch, and iPad with iOS 3.0 or later.