There has been a major breakthrough this week, with BT and Openreach confirmed to be separating after a deal has been reached with regulator Ofcom.

Rivals of BT such as Sky, Talk Talk and Virgin had been pressing for the separation after complaining that BT’s Openreach stranglehold meant an unfair advantage when it came to consumers deciding on which broadband package to take out.

Ofcom had warned that they could force BT to separate with Openreach if an agreement wasn’t made but now that deal has been put in place as you can see from Ofcom’s statement below. 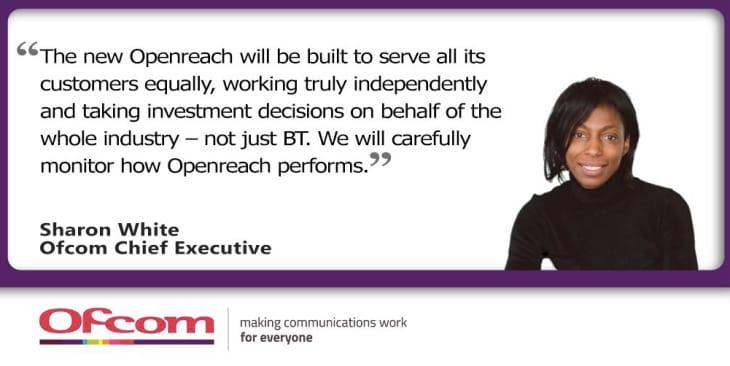 Hopefully this should mean a lot more transparency when it comes to the stressful time of renewing contracts and pricing with BT.

There is still a major headache regarding the £18.99 line rental prices, so could this be the first step in tackling this barrier in 2017?

Give us your reaction to this big news if you are a BT customer. Are you happy with the service?