We are getting reports that there are some ongoing issues with BT broadband down in some parts of the UK today on June 12. Additionally, the same problems are also causing a disruption to the BT phone service being down too.

Some of the areas that have been affected by the BT broadband problems on June 12 include Herne Bay, Aldeburgh, Malvern and Glarryford in the UK.

This has been confirmed and verified by BT, as you can see from their official BT broadband service status page which clearly lists some of the areas mentioned above, as having a disrupted service on June 12. 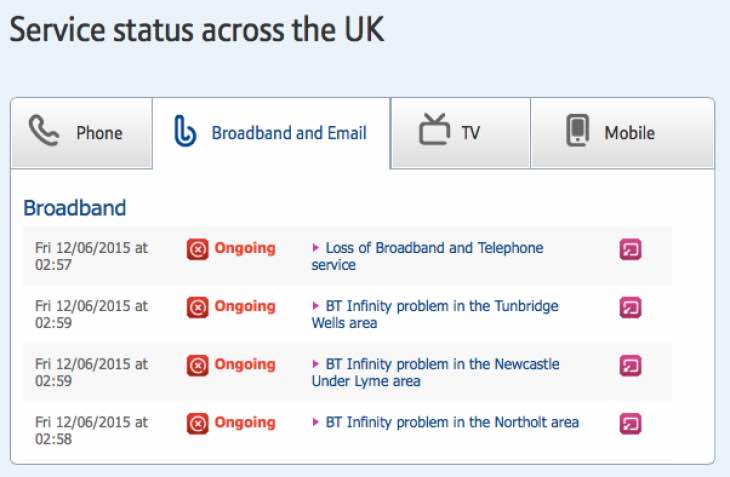 BT states that they are ongoing with their technical team trying to solve the problems and get BT broadband back up today as soon as possible.

This may also be the reason why some online gamers have been having issues accessing the PSN or Xbox Live servers, as you’ll see in our earlier report.

As we wait for a new status update from BT, let us know if you are having any problems with your broadband or phone service today in your area.