We have a word of warning to all Facebook users now, as once again there is a nasty scam going around with this one involving British Airways who are apparently giving away “100 All Inclusive First Class Trips to any destination world wide.”

Unfortunately though, it’s completely fake. If you were not wise enough to even check the name of the page ‘British Air’, you should always cross check a page when it comes to free giveaways. 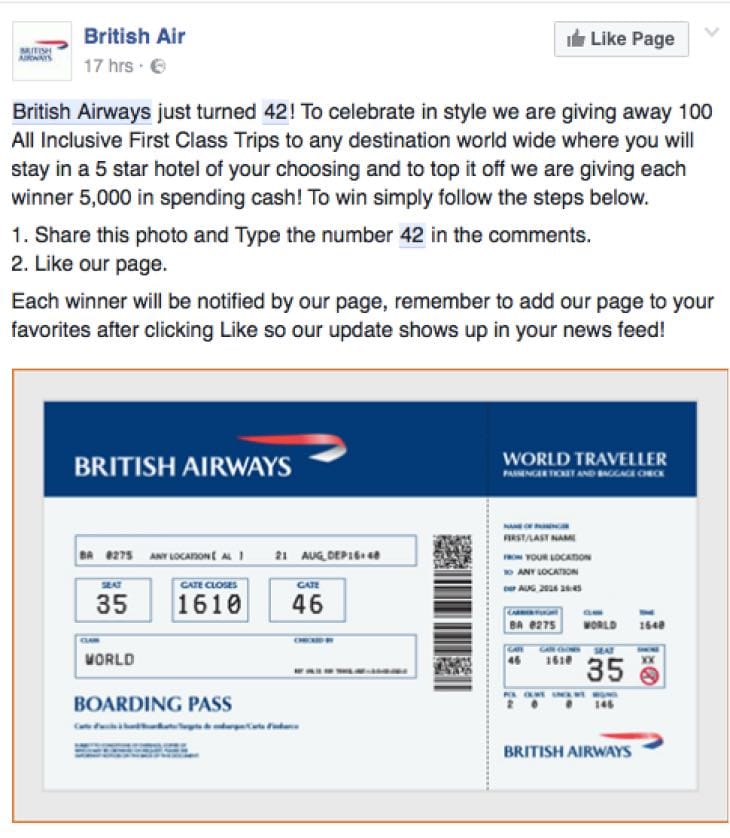 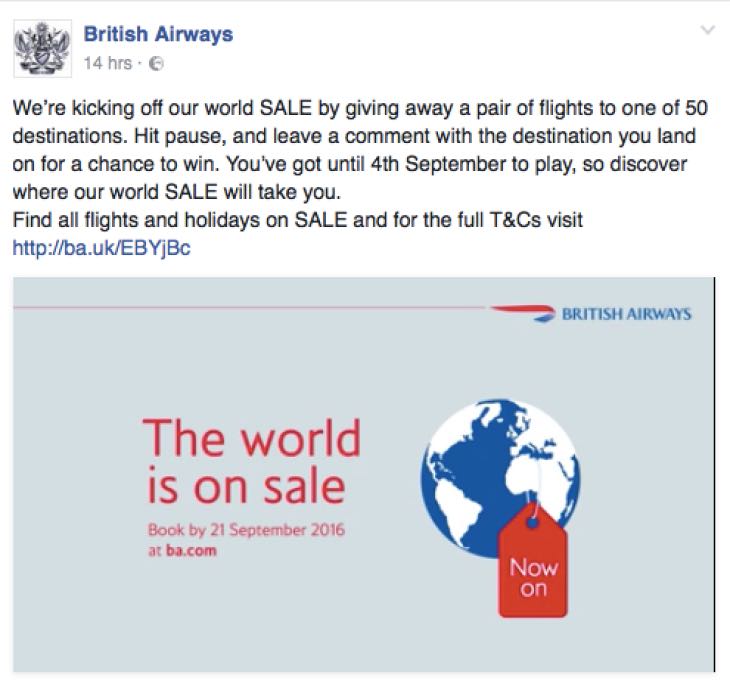 It’s your typical scam in action here: Create a page, engage the interest and get as many people liking, commenting and sharing. Then once they have enough users, they will announce winners, eventually asking for personal details to claim your imaginary prize whilst putting your data at serious risk.

By liking and sharing, you are just contributing to the growing problem so you should warn your friends now. We’ve seen that so many users have fallen for it, all happily commenting away actually believing that British Airways is giving away 100 first class tickets – wake up guys!

So far we can see that 1,000 unfortunate victims have been claimed already, is your family and friends one of them? Share this page and let everyone know that there is no such giveaway by British Airways, only the ‘World Sale’ that the official page is currently running.