It is no secret that Brink has a number of faults, but there is a possible fix for the games shortcomings. However, things cannot be that bad, as we reported that the game has topped the UK video game charts. What’s more, PS3 users are now able to get the DLC that Xbox 360 and PC gamers have been enjoying since the weekend.

Developer Splash took a bold step with this game, and we should reward their effort by sticking with the game. However, Bitmob believes that there are certain areas that need to be reworked. The first fault is how Splash has blending single-player mode with multiplayer; now this idea does sound good but needed a little more homework.

Brink took what Mirror’s Edge does with free-running/parkour and tried something different. For the most part it works, but there are still a number of opportunities that were missed. One way they could do this is by adding maps that do not have too many flat areas; those of you who have played Mirror’s Edge will know what we mean. 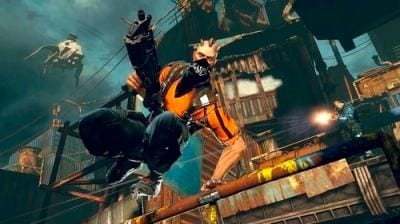 One other area that could benefit from an update is the customization and RPG elements. The player does not seem to have enough to keep them occupied, and that will not sit well with them. You need to keep them transfixed on the game, so that it will last them much longer and want them to grab the next DLC.

What other areas do you think that Brink could improve on?